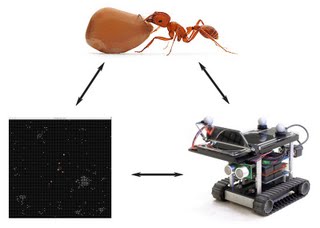 The origin of the iAnt project began with field studies of harvester ants and an an early genetic algorithm that was able to evolve behavior matching the noted ant behaviors.

The next step was to modify the GA and build the iAnt robot platform. The iAnts are then programmed with parameters evolved by the GA. Errors in the robot platform were evaluated and incorporated into the GA. 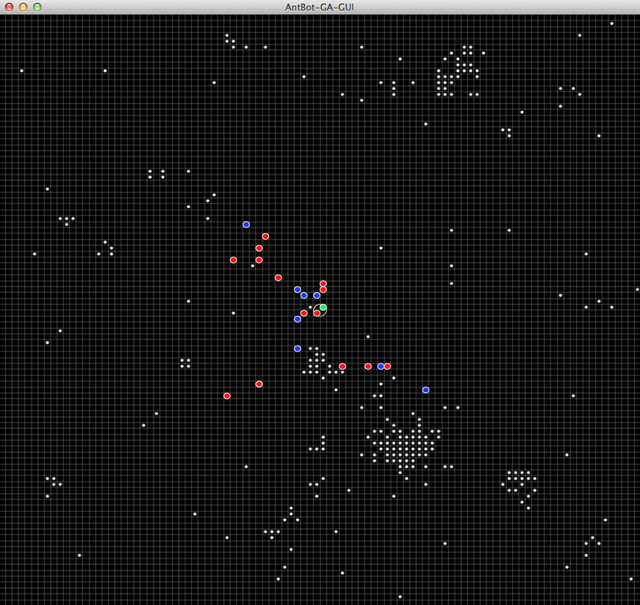 The GA operates both with a command-line interface and through a graphical user interface. The parameters are uploaded to the iAnt iPod and Arduino micro-controller. Physical trials have validated the evolved behaviors with error incorporated.

The iAnt Gen 4 is the replacement for earlier versions, designated the ALR. The iAnt Gen 4 uses a set of laser cut acrylic parts for the chassis and retains the Arduino micro-controller and iPod Touch (Gen 4) as the main controller. The master parts list, in spreadsheet form, includes manufacturer part numbers and source web links. The drawings for the laser cut parts are included in AutoCAD 2004 .DWG format as well as PDF format. The DWG should be correct for sending directly to cutting service. PDF files may not be correct size but do include all dimensions from DWG so that new CAD files can be created, if needed.

See the Assembly Instructions and the Owner's Manual. 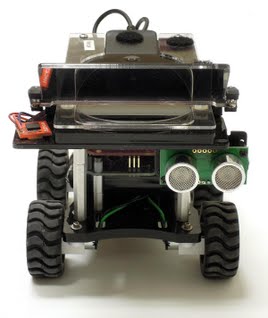 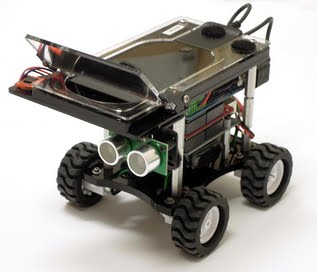 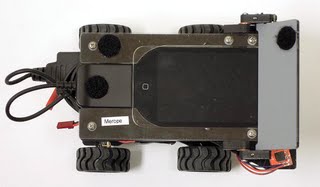 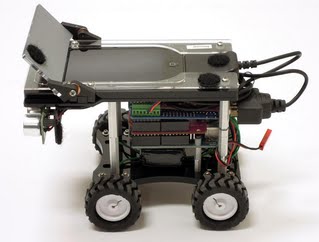 The physical experiments start out with one of three possible resource distributions: Uniform Random, Clustered and Power-Law. 256 Quick Response (QR) codes serve as analogs to physical seeds. The robots perform a directed random walk until a tag is found. The neighboring region is searched and the robot returns to home, carrying the virtual "seed."

The iAnts communicate wirelessly with the server, providing the location of QR tags found and receive virtual pheromones that can be followed to places that other iAnts found tags. Agents can also choose to return to their previous location or start a new random search. The server keeps track of resources found throughout the duration of the trial. 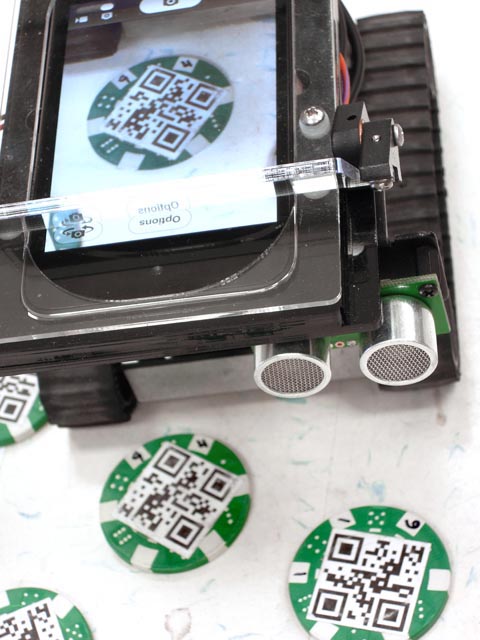 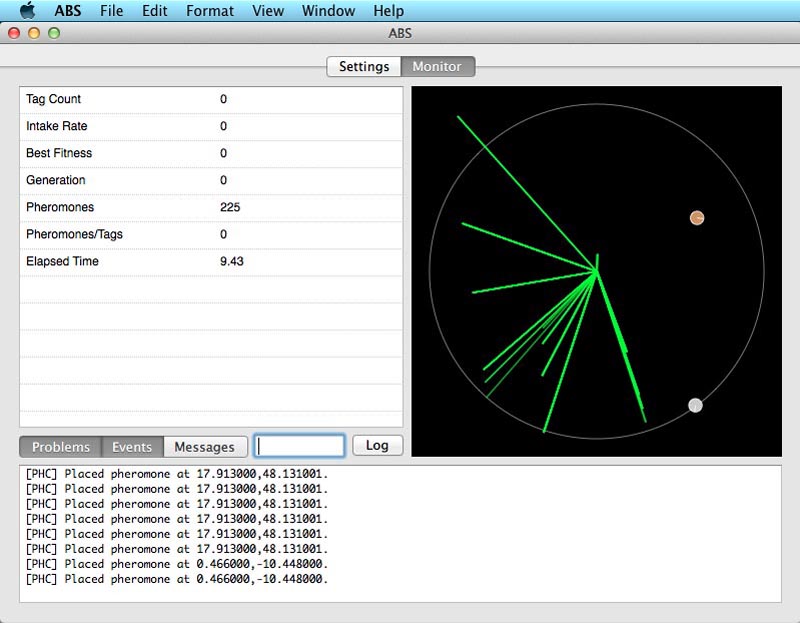